Before I was in an economics class, not only did I not know who Janet Yellen was, but what territory came with being the chair of the Federal Reserve, A.K.A., the nation’s most powerful economic position. In fact, 70% of the U.S. population has never heard of Yellen, according to a 2015 NBC/Wall Street Journal poll, which was conducted over a year after Yellen had been appointed chairman. Yellen is basically the leader of America’s central bank. 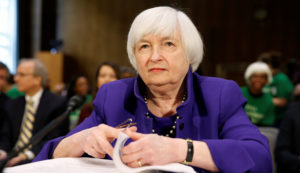 So why does her position hold so much power?

First and foremost, she “is the public face of the Fed, testifying twice a year before Congress and explaining – albeit often in dense Fed-speak – what the Fed thinks about the economy, and why it’s doing what it’s doing,” as explained by USA Today, such as hiking interest rates. USA Today adds—which is key to note—that the “chairman doesn’t set [the] rates, but rather steers the Fed toward a consensus” which “is harder than it sounds.” In other words, what Yellen says has the potential to impact millions of Americans and their finances, as well as the global financial market as a whole—she essentially has the power to both freak them out and put their minds to rest.

“Yellen has immense influence over global financial markets and the U.S. economy. Trillions of dollars can be lost of gained based on how investors interpret each word that comes out of Yellen’s mouth,” stated CNN Money. For example, f she sounds confident in the direction of where our economy is headed and if what comes out of her mouth reinforces our expectations, than it can prompt the U.S. stocks to soar, reassuring investors.

So now that we have a better taste of how important the Fed chair is, could Powell do the job?

While (most, if not all of) Trump’s past decisions during his reign so far have been questionable, Powell is a safe pick. Despite not having a degree in economics, Powell, like Yellen, is “someone who supported the cautious approach to interest rate hikes,” as well as “amassed a fortune as an investment manager and, as a pick, would likely please Wall Street” (Independent). 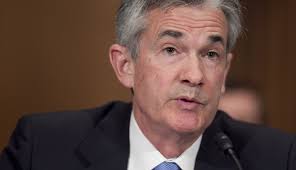 And as a member of the central bank already, he is well-liked. Yellen herself said that she was “confident in [Powell’s] deep commitment to carrying out the vital public mission of the Federal Reserve” (qtd. in New York Times). This is a good thing not only because even our current President has praised Yellen for doing “a terrific job,” but her “leadership has sharply reduced unemployment while maintaining control of inflation,” explained the New York Times.

Powell will hopefully continue a stable economy that Yellen has, and carry on her legacy. More importantly, I hope that a change in the Fed chair will put this position in the spotlight via the media, thus, educating more citizens on the significance of such a valuable role in our economy.