The world has a lot of recyclables, especially Americans. When I say a lot, I mean billions worth. According to Bloomberg, “by the mid-2000s, scrap paper was among the leading U.S. exports to China by volume.” China has been the largest importer of the world’s recycled goods for some time now as a result of the hunger it’s manufacturing boom caused. In order to feed the consumerist beast of The United States and others, China needs the scrap to keep up without breaking its bank. It is cheaper for China to import recycled scrap as opposed to making steel, paper, cardboard, etc. on their own so it seems like a win-win for the country. In July of 2017, China’s government announced it will stop eating up a majority of the world’s recyclables and will no longer be the world’s recycling bin. The government made this decision due to environmental concerns. Reuters reported that China told the World Trade Organization that in order “to protect China’s environmental interests and people’s health, we urgently adjust the imported solid wastes list, and forbid the import of solid wastes that are highly polluted.” 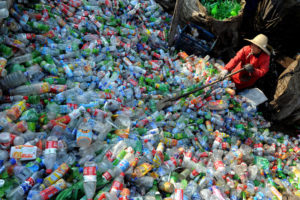 The environmental concerns are outweighing the trade benefits for China and they have for some time time now. In 2013, according to The Economist, the Chinese government launched Operation Green Fence to try and lessen the amount of foreign, low-quality waste from entering the country. This new announcement by the Chinese government is proposing to cut off a majority of recyclable imports for the sake of the environment. China is facing a $5 billion loss in trade with this proposal according to a report by The Economist. As of 2016, Reuters stated that China imported $3.7 billion worth of waste. This decision to choke scrap imports will rattle the global economy significantly.

Not only will China be heavily affected, but the United States will be too. Exporting waste takes work and work means more American jobs. Bloomberg reported that 40,000 Americans have jobs due to the exportation of recyclables. When China blocks the trading of trash, about 40,000 Americans will be left without a job and the American landfills will fill back up. The cost is significant as well. There could be a trickle-down effect here into individual American homes as well. If it begins to cost too much for smaller recycling companies, or even some larger ones to pay for more workers or equipment, this could mean the separation of waste could fall directly on the individual. The loss of this huge benefit to the trade deficit between China and the United States will leave many cargo ships empty of exports to take back to China. 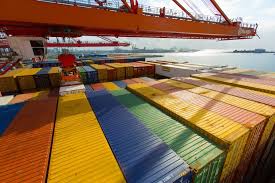 With that being said, the recycling market will remain afloat, but domestically and at a smaller scale. According to Dylan de Thomas, vice president of industry collaboration for the Recycling Partnership, “the really large waste and recycling companies have a vested interest in the recycled fiber and plastic markets.” Not only large companies, but the general public in the United States has a vested interest in recycling as well. Due to America’s own concern for the environment, we may only see a small effect on the American economy as whole, but only time will tell if the United States can pick up where China left off or have to figure out a new strategy.